With 1,040 exhibitors (2007: 1,008), the exposition LASER World of PHOTONICS 2009 (June 15-18, Munich, Germany) set a new record. The percentage of companies coming from outside Germany rose from 53% in 2007 to 57% this year. The exhibition area was expanded from three halls to four, which brought the total to 42,000 m² of floor space. This additional space particularly benefited the two largest exhibition segments, “Lasers and Optronics” and “Lasers and Laser Systems for Manufacturing.” With over 24,000 attending professionals, the trade show organizer’s expectations were exceeded by a small margin (2007: 26,655). A slight drop in the number of attendees from Germany is primarily due to the lower number of attending professionals from the industrial sector, which has been hit particularly hard by the current economic difficulties.
www.world-of-photonics.net

Lasers and Electro-Optics in Baltimore

The 2009 Conference on Lasers and Electro-Optics (CLEO) and The International Quantum Electronics Conference (IQEC) will come to Baltimore Convention Center, US from May 31 to June 5, 2009. The 5-day event features high-quality, cutting-edge optics and photonics programming, tutorials, special symposia, short courses and a full program of networking and social events. PhotonXpo – the exhibit at CLEO, also debuting this year, will feature 350 participating companies showcasing every facet of the optics and photonics industry.
www.cleoconference.org

For his fundamental contributions to the field of optomechanics Prof. Tobias Kippenberg, leader of the independent Max Planck junior research group “Laboratory of Photonics and Quantum Measurements” at Max Planck Institute of Quantum Optics in Garching, Germany and tenure track assistant professor at the ETH Lausanne (EPFL) in Switzerland, is honoured with the Fresnel Prize in Fundamental Aspects of the European Physical Society (EPS). This award endowed with a prize money of €3000 is given by the “Quantum Electronics and Optics Division” of EPS biannually on the occasion of the “Conference on Lasers and Electro-Optics (CLEO) Europe”, held during the “World of Photonics” Congress in Munich, Germany. The prize for Tobias Kippenberg as well as the other EPS-awards will be presented in a ceremony on June 16, 2009.
www.mpq.mpg.de

The Photonics Festival is the integrated event comprising of the international trade shows of OPTO Taiwan, LED Lighting Taiwan, OPTICS Taiwan and SOLAR Taiwan, taking place concurrently together with Display Taiwan during June 10-12, 2009 at Taipei World Trade Center, Taipei, Taiwan. The Festival presents exhibitions and conferences on the latest technologies and products in the optoelectronics industry. It is open to manufacturers, suppliers and distributors in the industry who want to expand their overseas sales networks. The show has been held since 1984 and is an event for exchanging information, comparing products and services with competitors, and spotting future trends.
www.optotaiwan.com
www.displaytaiwan.com

New applications for EUV, VUV, and x-ray technologies and other topics in photonics will be among highlights of SPIE Europe Optics and Optoelectronics to be held April 20-23, 2009 in Prague, Czech Republic. Approximately 450 papers will be presented in 10 technical conferences on: 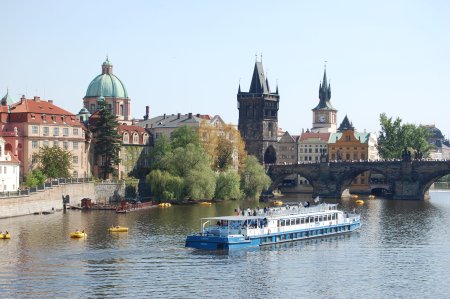 In June 2009, two international events for optical technologies in Europe will once again take place in Munich, Germany. From June 15-18, the New Munich Trade Fair Centre will host the exposition „LASER World of PHOTONICS“ and from June 14-19 the „World of Photonics Congress“ will be held at the International Congress Centre Munich. Both events address to representatives from research, the laser and optoelectronics industries, professionals involved in medicine and technology as well as physicists, chemists, doctors, engineers, system designers, retail companies and service-providers. This year, the trade show and the congress have expanded their offerings for biophotonics and life sciences. The trade show is setting up an exhibition focus area dedicated to the subject of biophotonics. The World of Photonics Congress will present the field of biophotonics at the „Medical Laser Applications“ conference. Experts in the field of lasers in medicine, optical diagnostics, high-end endoscopy and minimally invasive surgery will give practically orientated presentations.
www.world-of-photonics.net